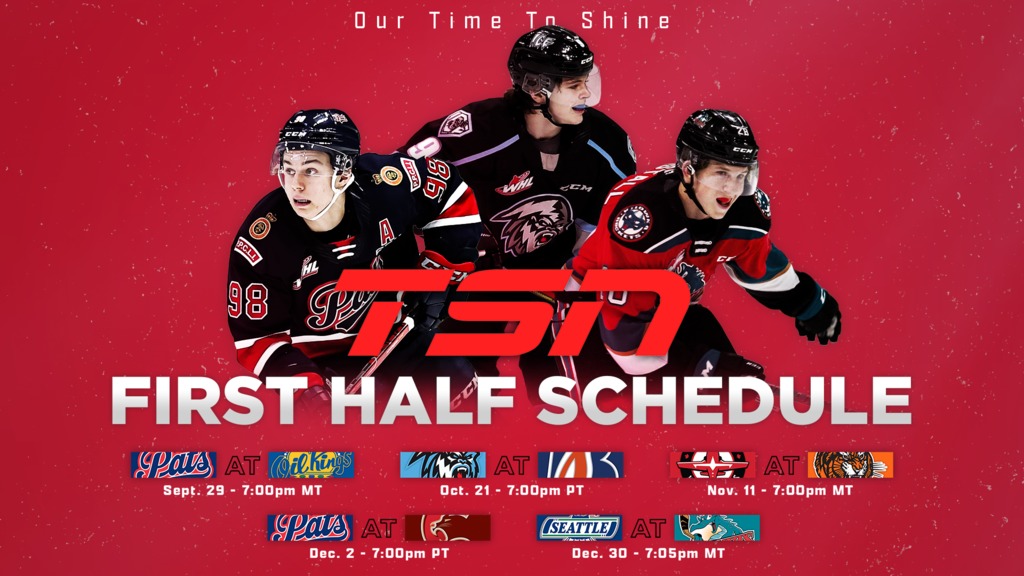 A total of five WHL games will be featured throughout the first half schedule of the CHL on TSN.ca. The Canadian Hockey League announced the TSN.ca broadcast schedule last week.

Featuring weekly matchups from across the CHL’s three Member Leagues, the CHL ON TSN broadcast schedule confirms a total of 14 games through the end of December available for streaming on TSN.ca and the TSN App. For each broadcast, fans can also follow chl.ca for comprehensive game previews detailing must-watch players and on social media for live in-game coverage by following #CHLonTSN.

The CHL on TSN digital broadcast schedule begins this Thursday, September 29 when Connor Bedard and the Regina Pats pay a visit to the WHL’s defending champion Edmonton Oil Kings.

As the official broadcast partner of the CHL, each year TSN airs a selection of premier regular season and playoff games in addition to the full suite of CHL national events including the Kubota CHL / NHL Top Prospects Game and the Memorial Cup presented by Kia.

The complete CHL on TSN broadcast schedule will be announced at a later date.