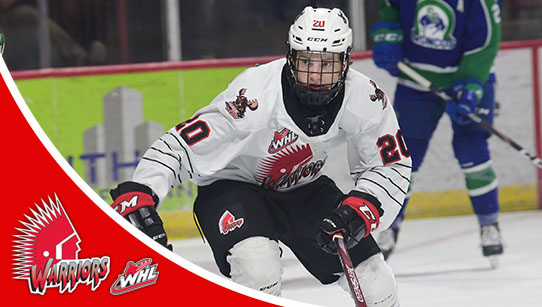 Playing with the Lloydminster Bobcats (AMBHL) in his WHL draft year, Firkus put up big numbers, finishing the 2018 – 2019 season with 33 goals, 32 assists, and 65 points in 30 games.  That production caught the eyes of many but it was the Warriors who jumped at the chance to select him in the 4th round, 82nd overall, in 2019.

Success continued to follow the Irma, Alberta product.  In his rookie season playing AAA Under-18 with the Bobcats (AMHL), he had 10 goals, 24 assists, and 34 points in 30 games.  In the 2020 AMHL Playoffs, he had two goals, three assists, and five points in five games.

At the annual Mac’s Tournament in Calgary, he had six goals and eight points in four games, he was named the Bobcats Player of the Game in each game, and he was a tournament All-Star.

“I believe I have a high hockey IQ, so therefore that helps my vision of the ice, which in turn helps me in making smart passes and plays,” said Firkus when describing himself.  “I think I’m a shifty player and that can help me in the corners and tight places.”

“Jagger is a highly skilled player that is a threat offensively as both a playmaker and his crafty hands around the net,” described Warriors Head Coach Mark O’Leary.  “He’s a very smart player that understands the game at a high level, allowing himself to anticipate and put himself in a great position.”

Prior to the remainder of the 2019 – 2020 season being cancelled due to the COVID-19 pandemic, Firkus was listed at 5’8” and 140 pounds.  O’Leary says Firkus has the skills and ability to succeed as a smaller forward.

“Again, I think with the way he thinks the game in terms of positioning it can allow him to win races to loose pucks by getting a step ahead.  Being smaller can sometimes allow you to get lost in coverage and that can give you space offensively.” 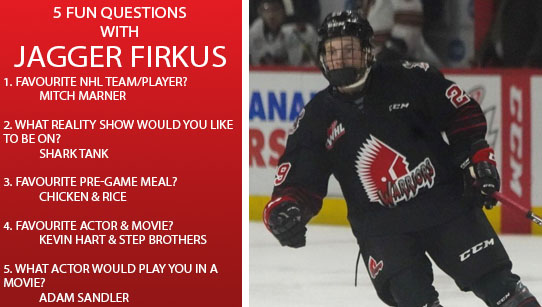 Firkus spent a lot of time with the Warriors throughout last year.  He was able to play in 12 games and picked up a goal and two points as an affiliated player.

Coach O’Leary feels that experience will be valuable when the time comes for Jagger to make the jump to the WHL.

“Jagger’s time spent here last season is valuable to both preparing him for life at the rink AND life away from the rink.  At the rink, it was great for him to play at the WHL pace and understand how hard you must compete in everything you do,” said O’Leary.  Away from the rink, it is about time management and making sure you are looking after all your responsibilities with school work and making sure to look after yourself with proper sleep and nutrition.  The season is long and to learn and start making these things habits will pay off down the road.”

Firkus and the Warriors were hoping to have him back in town for their 2020 Development Camp, but unfortunately, that was cancelled due to the pandemic.

Despite the restriction that was in place, Firkus was determined to improve over the off-season.

“When the pandemic first started, my training centre (gym) was not allowed to be open so I did what I could at home to stay in shape.  Taking our dog for jogs, we have a shooting tarp which I spent an average of an hour a day just shooting pucks.  I did anything that I could early on,” he said.

“Since restrictions allowed the gym to be open, I started off-ice training with HHC conditioning and we worked out five days a week.  The ice went in in July, since then I have been skating two to three times a week.  I also started skating in Lloydminster with IHD to work on certain on-ice skills,” he added.

“My off-season goals were to put on more muscle and get physically stronger,” Firkus responded when asked about what he is focusing on.  “I also worked with a sprint trainer this summer in order to improve my speed on the ice in order to help improve my game.”

When players start reporting to their WHL cities, Firkus will be like many other first-year players.  There will be nerves and personal expectations to stay with the Warriors.

With that said, Head Coach Mark O’Leary has some advice for Jagger.  “I think the advice for any young player is to put all your effort into things that you can control.  The effort, compete, and taking pride in doing the details right are always a choice.  Most importantly, enjoy every day.  It is the best time of a player’s life, so enjoy the time with your teammates at the rink and away from it.”

“Jagger will get opportunities to use his skill and contribute offensively.  More opportunities come with more trust from the coaching staff in with effort, compete and paying attention to details,” O’Leary added. 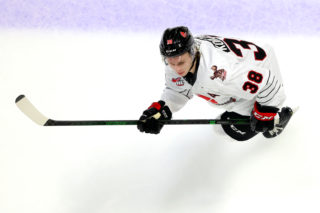 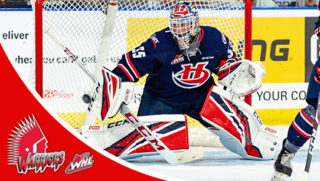 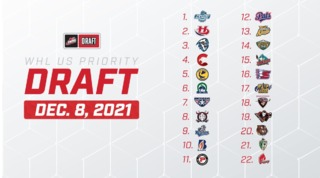