Evanoff with 45 saves in Sunday loss in Saskatoon 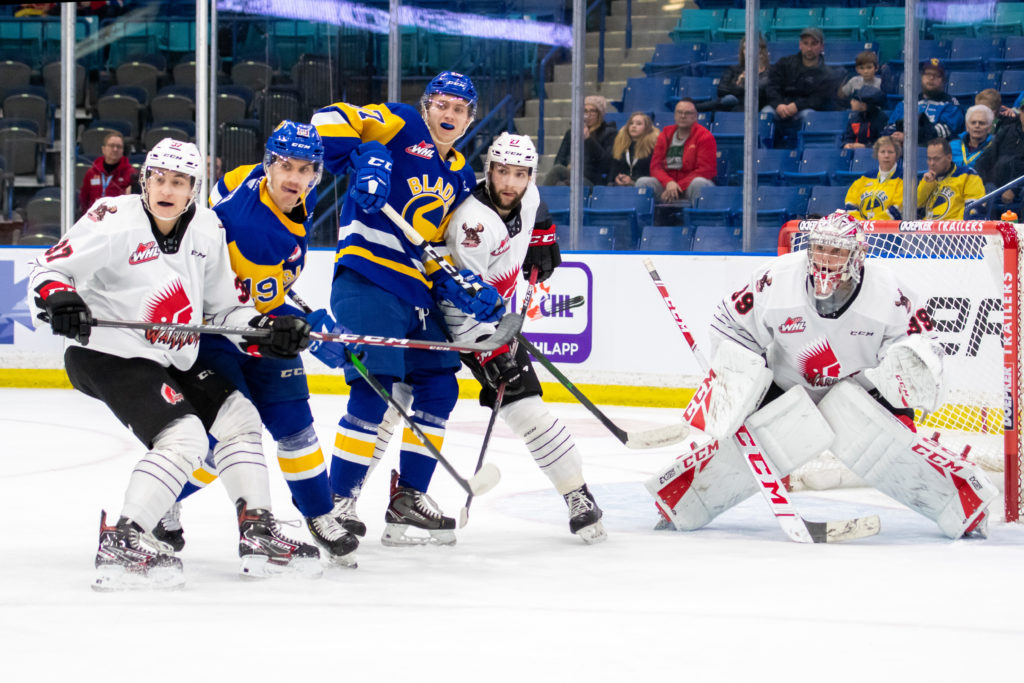 Adam Evanoff did everything he could to keep the Moose Jaw Warriors close but unfortunately, they were not able to generate offence and fell 4-0 to the Saskatoon Blades Sunday at SaskTel Centre.

The first period saw plenty of battles along the wall in all three zones as both teams tried to establish a consistent attack.

Defensively, teams were able to limit the quality scoring opportunities which led to a scoreless first period.

In the second period, the Warriors had plenty of time to work on the man-advantage.

Moose Jaw had three power-plays in the second period but they were not able to generate any offence.

Saskatoon outshot the Warriors 20-3 in the second period and they picked up goals from Zach Huber (7:17) and Tristen Robins (10:22) to take a 2-0 lead going to the third period.

Moose Jaw tried to fight back in the third period.  They were able to create a couple of good looks at the Saskatoon net but they were not able to capitalize.

The Blades put 19 shots on the Moose Jaw net in the final period, they added to their lead with under five minutes to go on a goal from Riley McKay and then they added an empty-net goal in the final two minutes.

Adam Evanoff made 45 saves for the Warriors while Koen MacInnes made 20 for the Blades.

The Warriors were 0-for-7 on the power-play and 6-for-6 on the penalty kill.

The Warriors are off until next weekend, Friday they will head into Medicine Hat for their first meeting of the season against the Tigers, then on Saturday, they will be back at Mosaic Place to take on the Calgary Hitmen.