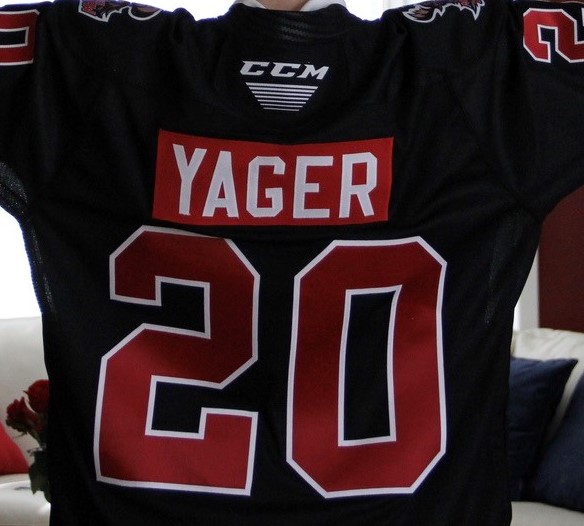 With the 3rd overall pick in the 1st round of the 2020 WHL Bantam Draft, the Moose Jaw Warriors selected forward Brayden Yager.

Yager, 5’11”, 165lbs, is from Saskatoon and played last season with the Saskatoon Contacts in the Saskatchewan Midget AAA Hockey League (SMAAAHL).  As an underage player, Yager finished third in team scoring with 18 goals, 24 assists, and 42 points in 44 games.  In the 2019 SMAAAHL Playoffs, he led the Contacts in scoring with two goals, six assists, and eight points in six games.

“What drove us to pick Brayden is his speed, hockey IQ, skill level, and compete.  Brayden is a perfect example of a 200-foot player who can really shoot the puck and can make plays with the puck,” commented Assistant General Manager Jason Ripplinger.  “Brayden received exceptional status last year to play Midget AAA, and, as a 14-year-old he almost scored 20 goals and was just shy of averaging a point per game.  We expect him to come into the lineup and contribute.”