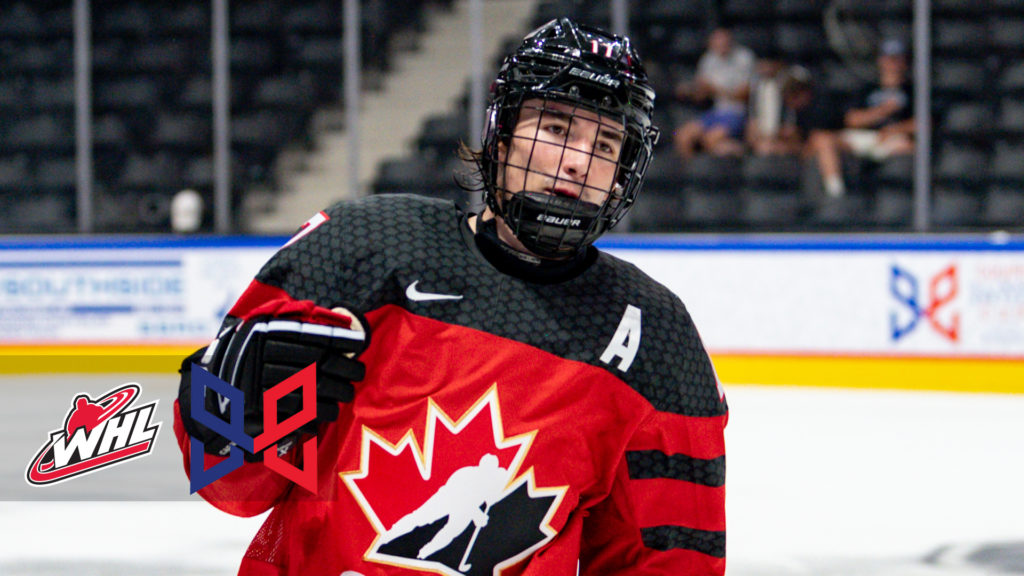 Yager and Kelowna forward Andrew Cristall found the back of the net in the opening frame as Canada raced to an 8-0 advantage through 20 minutes.

Playing in his home arena, Red Deer Rebels forward Kalan Lind extended the Canadian advantage to nine before Price rounded out the second period scoring with a low shot from the left goal-line.

Heidt capped off the evening’s offence with a goal in the final minute of play.

Seattle Thunderbirds netminder Scott Ratzlaff earned the shutout with a 17-save performance, earning an assist in the process.

Forward Ethan Gauthier, who skates with Sherbrooke of the QMJHL, paced the Canadian attack with a hat-trick. Canada outshot the Swiss 52-17.

The Canadian special teams were also ruthless Sunday; Canada finished 4/4 on the power-play and scored three times while short-handed.