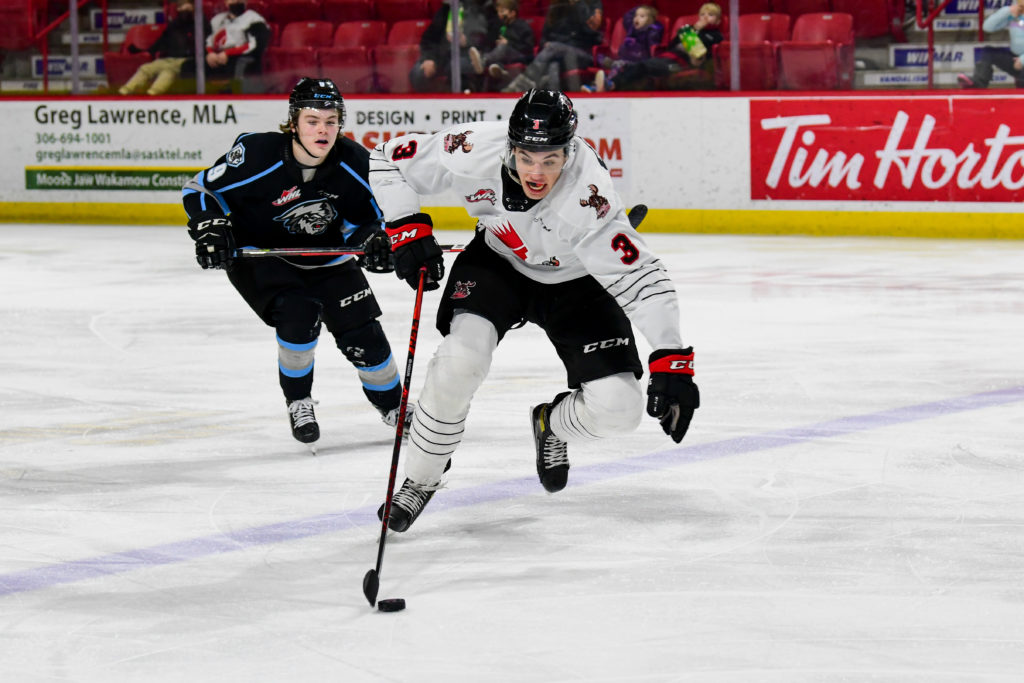 Lucas Brenton came into training camp looking to take on a bigger role with the Moose Jaw Warriors.

The 19-year-old defenceman is entering his third season with the Warriors and put in a lot of work this offseason to ensure he was ready to make a jump up the lineup.

“I trained hard this offseason, so I’m excited to see what those results produce when we transition into the season,” Brenton said.

Brenton measured in at six-foot-four and 202 pounds coming into training camp.

Warriors head coach Mark O’Leary said the work that Brenton put in during the offseason hasn’t gone unnoticed by the coaching staff.

“There’s a big difference between an 18-year-old and a 19-year-old, you see that development into a real man and that’s what we’ve seen with Lucas,” he said. “There’s a maturity about him, a real leadership quality and his teammates and coaches know he’ll do anything that he needs to do to help the team succeed.” 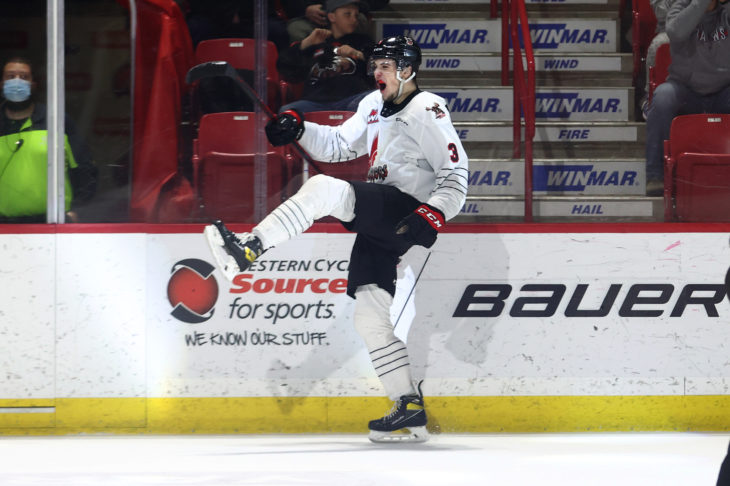 Brenton trained in Winnipeg this summer and he said he went into the offseason focused on being more explosive coming into the season.

“Just getting quicker, getting faster, getting stronger, so just putting on some muscle mass and getting better overall,” he said.

Entering his third season with the Warriors, he wants to help the team more at both ends of the ice.

“I want to do more out on the ice, have a bigger impact,” Brenton said. “We’ve got some really d-men that I’m playing underneath with [Denton Mateychuk], [Max Wanner] and [Cole Jordan], so I just want to be on their level, they’re good guys to model my game after.”

Much like Brenton, Riley Niven is looking to take on a bigger role as he heads into his third season with the Warriors.

The Wawota, SK product said he feels like he’s ready to take another step in his game this season.

“Since my first year, I think, I’ve got progressively better every year and really proved to everyone that I can play here,” Niven said. “I kept working on my skills in the offseason and that has helped me out a lot.”

Niven plays an energy role with the team and can spark the team through his effort.

O’Leary said that’s an important role for the Warriors.

“Riley is a great example of a guy that fills a role for us, it’s as important as any and the main thing with that is he understands and relishes that role,” he said.

“He’s a player that guys want to play with, he plays a certain way, he has a motor that doesn’t stop and certainly a guy that as a coaching staff, we really value.” 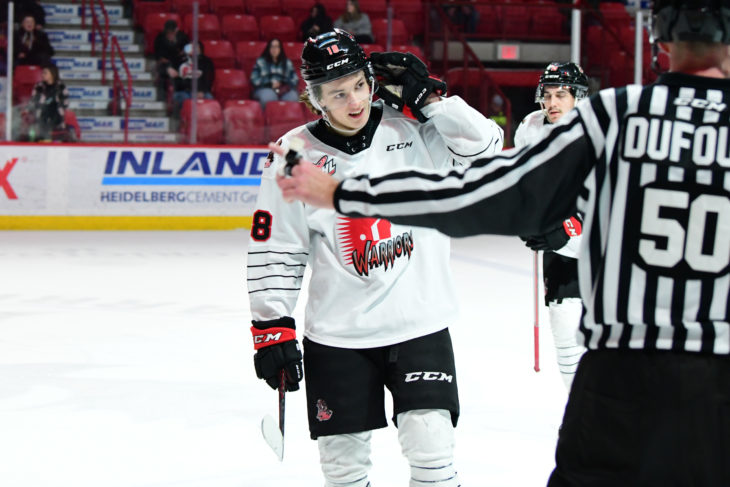 Niven scored six times and finished with 17 points in 62 games last year. He was also a plus-17.

He said he wants to just continue increasing his role with the team.

“I just want to contribute to the team as best as I can and work as hard as I can out there,” Niven said.

After advancing to the second round of the WHL Playoffs last season, the Warriors are putting big expectations on themselves this season.

Niven said the team is confident in what they can accomplish.

“We’ve got a good squad in there and the guys are tight, the locker room is tight and we like to have fun out there, so this season should be a lot of fun,” he said.

The Warriors open the regular season coming up on Friday night when they travel to Regina to battle the rivals Pats.

Moose Jaw hosts Regina on Saturday night for its home opener at the Moose Jaw Events Centre. To get your tickets, click here.