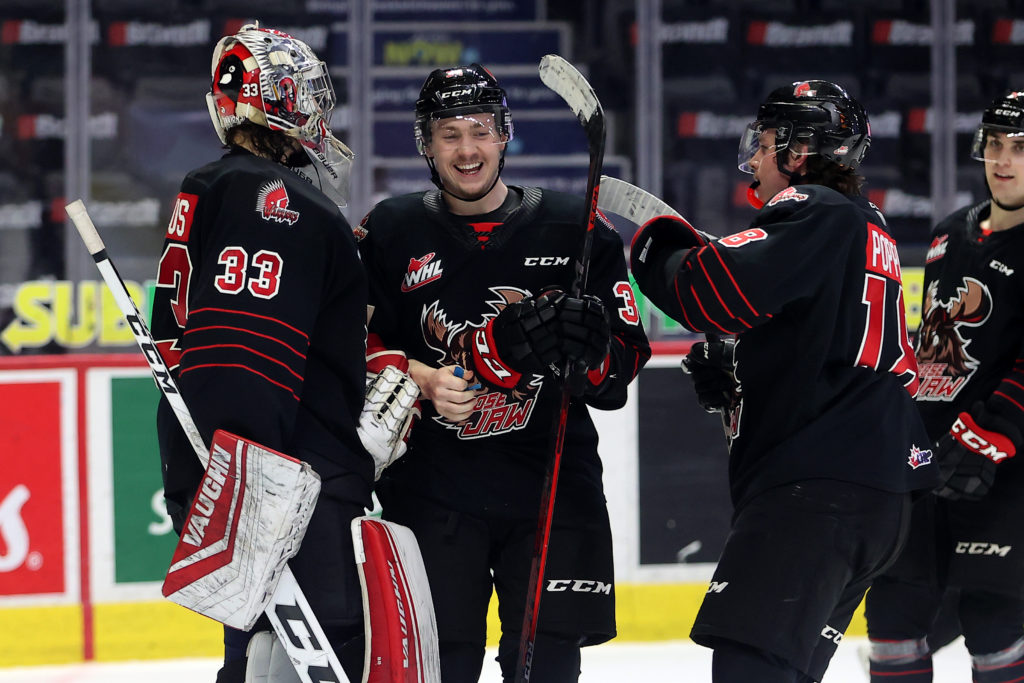 Boston Bilous made 29 saves to record his first shutout of the season in a 4-0 win over the Saskatoon Blades at the Subway WHL Hub Friday in Regina.

Space was hard to come by throughout the opening period as both teams funnelled the puck to the outside, which resulted in several wall battles.

With 3:29 left in the period, the Warriors created a neutral zone turnover and then dumped the puck in and went on the fore-check.

Eric Alarie came out from behind the Saskatoon net and when he reached the right goal line, he made a cross-ice pass to Cole Jordan on the left side of the net where he scored his second of the season.

Room to maneuver was still hard for the Warriors in the second period.  The Blades continued to push Moose Jaw to the outside and limited them to just one shot in the frame.

Saskatoon was able to create several quality chances in the middle period, but Boston Bilous held his ground and kept the Warriors in the lead.

1:17 into the third period, the Warriors forced a turnover in the neutral zone and then worked hard along the Blades boards to keep the puck in the attacking zone.

Denton Mateychuk held the puck in the zone and then skated to the high slot where he lifted a shot wrist past Nolan Maier for his first of the season.

Moose Jaw continued to fight and was able to get some breathing room at 12:09 when Riley Krane deflected a point shot for his first goal as a Warrior.  Inside the final three minutes, Lucas Brenton put the game out of reach when he shot the puck into an empty net for his first WHL goal.

Moose Jaw finished 0-for-1 on the power play and 4-for-4 on the penalty kill.

The guys have the rest of the Easter Weekend off, they will not return to action until Monday when they battle Connor Bedard and the Regina Pats.

Catch all the action on Country 100 starting with the PreGame Show at 3:40 pm. 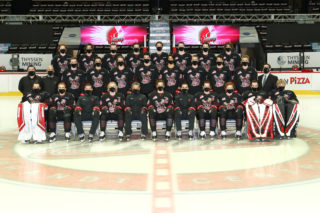