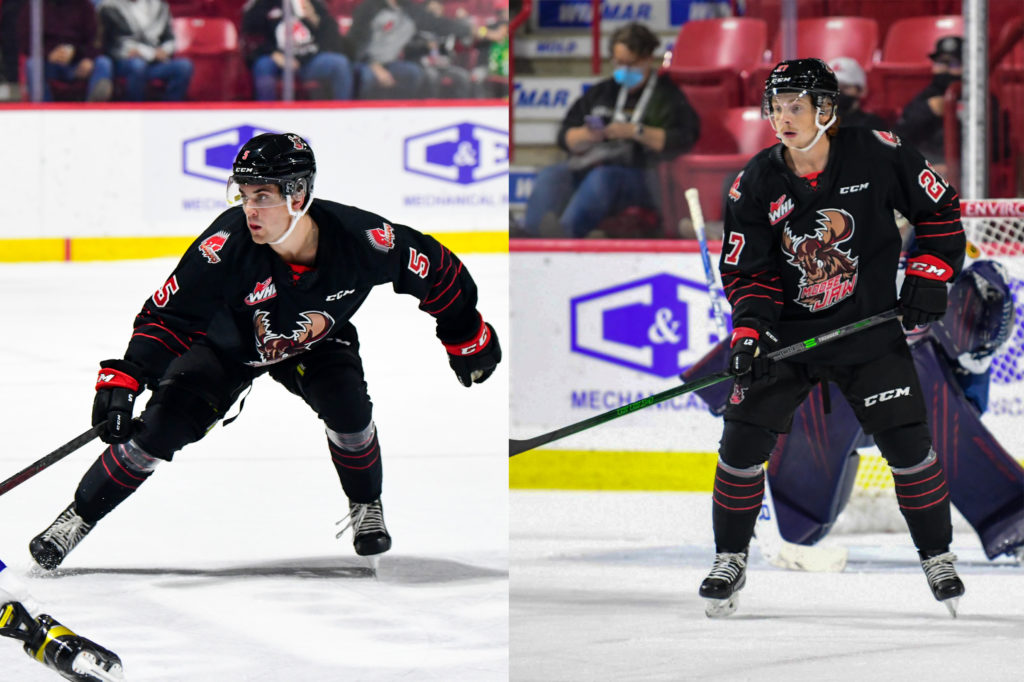 Denton Mateychuk and Jagger Firkus moved one step closer to hearing their names called in the 2022 NHL Draft.

The two Moose Jaw Warriors were listed by NHL Central Scouting in their mid-term rankings.

Mateychuk came in ranked ninth among North American skaters, while Firkus comes in at 33rd.

In 34 games this season, Mateychuk has seven goals and 30 points. His point total is second among defencemen in the Western Hockey League, while he’s 10th in goals.

Firkus is currently second on the Warriors in scoring with 38 points in 34 games this season. He leads the team with 20 goals, which is also tied for fifth-most in the WHL.