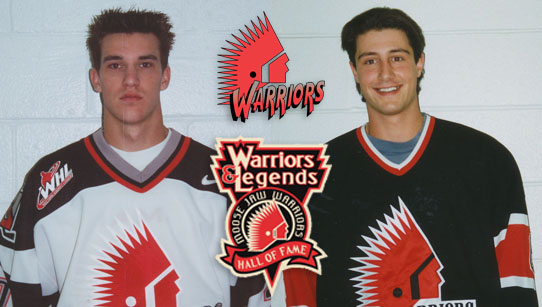 The Moose Jaw Warriors are excited to announce the 2015-2016 inductees to the Conexus Warriors and Legends Hall of Fame.  Players inducted this year will be David Bararuk and Chris Twerdun, Rick Moore will be inducted in the Builders Category.

Bararuk was selected by Dallas in the 5th round of the 2002 NHL Entry Draft, and after graduating from the WHL he went on to play the next four years professionally with stops in the AHL, ECHL, and overseas.  Bararuk graduated from Lakeland College, and took courses from the University of New Brunswick, and is now a corporate health and safety manager with TEAM Industrial Services in Ontario.  Bararuk will become the second Moose Jaw product inducted in to the team’s Hall of Fame.

Chris Twerdun patrolled the Warriors blueline from 1994 to 1999 where he had 33 goals and 101 points in 329 games, he was drafted by the Chicago Blackhawks in the 8th round of the 1996 NHL Entry Draft.  Twerdun ranks second all-time in games played for the Moose Jaw Warriors.

After graduating from the WHL he went on to play three years with Acadia University, which was followed by three years playing professionally overseas and in the United States in the CHL and ECHL.  He is currently an Exercise Physiologist at the Plaza Club in Toronto.

Rick Moore started at the Moose Jaw Times Herald in 1985 and by 1987 was named the Sports Editor.  For 20 years Moore was the face of the sports department, his love for the community was evident in the passionate coverage of local sports.  Moore covered the Warriors from the beginning, and his dedication to the team was rewarded in 2006 when he followed the team all the way to the WHL Final.  Among his career highlights include covering local athletes at the 2000 Olympics in Sydney.  Moore passed away March 31, 2008.

Bararuk, Twerdun, and Moore will be inducted in to the Conexus Warriors and Legends Hall of Fame Friday, February 26th in a ceremony held at the Heritage Inn.  The inductees will be honoured again Saturday, February 27th in the teams “Hall of Fame Game” against the Prince Albert Raiders.

Tickets for the Conexus Warriors and Legends Hall of Fame induction ceremony are available now, single tickets are $50 while a table of eight is available for $400.  Tickets are available at the Warriors Office located in Mosaic Place. 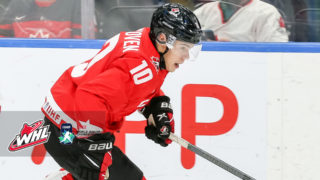 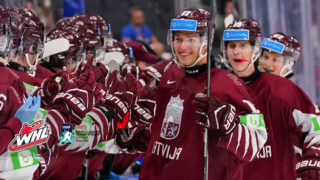 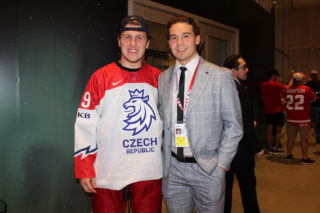 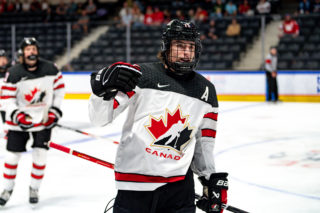